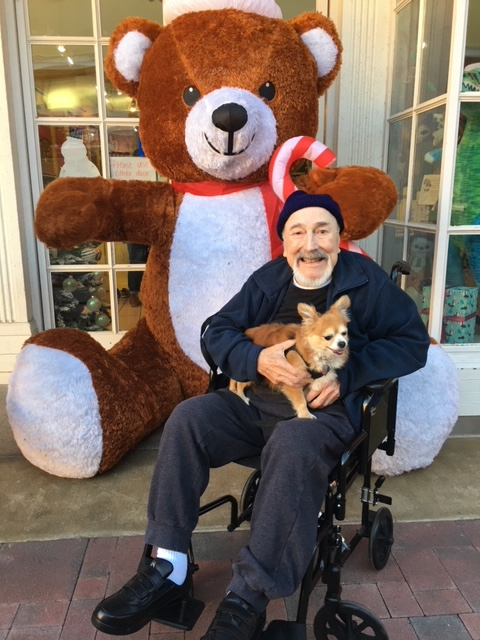 Angelo Arnone, age 85, passed peacefully in his sleep at home on October 27, 2020, due to complications from Alzheimer’s. He was surrounded by his three children, and the prayers and well wishes of family and friends.

Born and raised in New Jersey, Angelo worked in the family store until he was drafted into the Army. After serving his country, Angelo returned home, then moved to California, learned the plumbing trade and worked with his brothers. He eventually returned home and married his youngest sister’s best friend, Mary, in September 1963. Mary joined him in California where they raised their family. Mary passed at a young age, and Angelo dedicated his life to raising his three children. He never remarried.
Angelo kept himself busy doing “side jobs” and then busy doing “nothing”. In retirement, he enjoyed simple things like Costco hot dogs and “soder”, feeding the birds in his backyard and the ducks at the park, people watching at the mall, and patio dining with his little dog Mia. He also enjoyed the stories his kids would come home and tell, and despite the dementia, he could still provide plumbing advice.
Angelo is predeceased by his wife Mary. He is survived by his three children Dianne, Charles, and Angela, and two sisters, Lillian Arnone and Camille Ercolino.
Angelo will be at rest at the San Fernando Mission Cemetery with his wife Mary. In lieu of flowers, please consider making a donation to the Cure Alzheimer’s Fund.