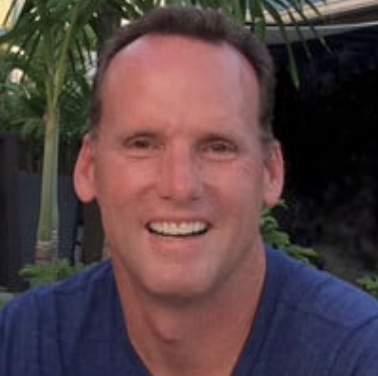 David attended Bexley High School where he was a three-sport athlete. David earned all-conference honors in multiple sports, is a member of the 1983 Bexley State Basketball Championship team, and was inducted into the Bexley High School Athletic Hall of Fame in 1992. David earned four varsity letters while playing for both the Denison University football (1983-86) and baseball (1984-87) teams. In his football career, David was team captain and the “Most Efficient Defensive Lineman” in 1986, he received All-North Coast Athletic Conference honors in 1984, 1985, and 1986, and was an All-American in 1986. In his baseball career, David was the team captain and MVP in 1987, he was named to the All-NCAC team in 1985, 1986, and 1987 and the All-Midwest team in 1987. For his athletic achievements, David was inducted into the Denison University Athletic Hall of Fame in 2001. Following his graduation from Denison, David played two seasons in the New York Yankees minor league organization. David was also a member of the Beta Theta Pi fraternity.

David began his career in sales with Worthington Industries and later went on to become a successful financial planner in his hometown of Columbus, Ohio. His long and distinguished career as a Certified Financial Planner took him to JC Bradford, Legg Mason, Smith Barney, UBS, and finally to Raymond James. David was a longtime member of the Denison Varsity D Association Board, a Trustee of the Lanson Stage Curtis Memorial Association of the Alpha Eta Chapter of Beta Theta Pi, and he participated in numerous civic and charitable events including serving on the Boards of events to raise money for the American Cancer Society and the Central Ohio Diabetes Association. David had a love for running, barely missing a day through most of his adult life and finishing numerous marathons, half-marathons, and triathlons.

Of all David’s life successes and accomplishments, his greatest joy came from being a devoted husband to Lisa and father to their children. He coached his children in youth sports and had a front row seat to every game, never missing an opportunity to be their cheerleader. David and Lisa made family their mission in life, and they succeeded beyond any measure of success. Throughout his 8 year battle with the disease, David focused more on his family and spending quality time together. This led to many family vacations and special moments in their lives. David’s pure heart showed through his love of laughter, dancing, and entertaining. He greeted every guest that entered a room with a bright smile, a warm hello, and a charming spirit. Even as his journey continued, David still found a way to make everyone feel special.

David adored his family and friends and was truly loved by everyone who had the good fortune to know him. He will be deeply missed.

Visitation will be held on Sunday, January 9, 2022, from 2pm-4pm and 6pm-8pm at SCHOEDINGER NORTHEAST FUNERAL HOME, 1051 E. Johnstown Rd, Gahanna. A Funeral Service will be held at 11am on Monday, January 10, 2022, at Broad Street Presbyterian Church, 760 E. Broad Street, Columbus. Interment will take place at Forest Lawn Memorial Gardens.  In lieu of flowers, please consider a memorial contribution in David’s name to Cure Alzheimer’s Fund.