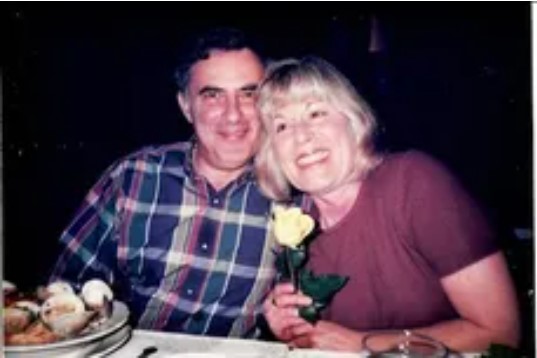 Patricia Anne “Patty” Ciaschi, 80, died peacefully at home in Ithaca on July 15, 2022. She was born on December 2, 1941, to Albert E. II and Vivian Greene of Ithaca, NY. In addition to her parents, Patricia was pre-deceased by her parents-in-law Robert and Connie O’Neil; her sister Janet MacDougall; and her niece Christine MacDougall. She is survived by her husband Frederick “Fred”, and her 3 children Melanie Ciaschi, Frederick Ciaschi Jr. (Michelle), and Patrick Ciaschi; grandson Connor; siblings Debbie Clements (Mike), and Albert Greene III, as well as her nieces and nephews Kim MacDougall Gates (Charlie), Tim MacDougall (Jen), Caroline Clements, and Christopher Clements.

Patty and Fred were Ithaca High School sweethearts that had just celebrated 60 years of marriage on January 13, 2022. Patty very much loved being a nurse and taking care of people. She began her training with Tompkins Community Hospital where she earned her Licensed Practical Nursing degree. After getting her L.P.N., she practiced in Rome, NY for some time at Griffiss Air Force Base while Fred served in the military. She then went on to further her education at Tompkins Cortland Community College, earning her Registered Nursing/Associates Degree. She continued to work at Tompkins Hospital for many years in both the Transitional Care and Cardiac Rehab units, where she cared for many people during life’s most difficult moments. She continued working with cardiac patients for a private practice before shifting to the Ithaca College Health Center where she worked for 14 years before retiring in May of 2007.

Patty loved living in Ithaca, being close to her parents, in-laws, and large extended family, and living on Cayuga Lake for several years before she and Fred moved to Cayuga Heights. She took in all the area had to offer enjoying sunny days of swimming and skiing on the lake, to crisp evening boat rides with a Finger Lakes wine and good company. She enjoyed having people over and entertaining, cooking and baking, and making everything look beautiful for anyone visiting. Holidays were always a favorite time for her when she would busily plan and be baking pies and cookies all week before everyone sat down to enjoy the feast. She made a legendary Yorkshire Pudding among many other things. Music was a big part of life for her and was always playing at the Ciaschi house. Patty and Fred loved listening to all types of music, but their kids will remember them most singing and dancing to rock and roll, and Sunday Breakfast with the Beatles.

Patty was always known for picking up new hobbies, such as photography, painting, piano, violin, and guitar – anything that she found interesting she wanted to try. While she was always trying something new, one constant was her interest in antiques. She loved spending afternoons with Fred antiquing and had a beautiful collection as a reminder of all the moments she found something spectacular at a great price. Patty so much enjoyed the company of friends and family and loved to laugh and hear/tell jokes. She had one silly joke, that most close to her have heard her attempt to tell at least once. The truth is, she laughed so hard trying to tell the joke, she could usually barely finish. People were laughing because she was laughing.

Patty was very involved in the Immaculate Conception Church serving as Eucharistic Minister for many years and enjoyed being active in the church community. She joined an Immaculate Conception trip to Ireland and was so excited to get in touch with her Irish heritage which she was so proud of. She had a very generous spirit and was always helping or giving through volunteer opportunities for the church and community, and other charities such as Relay for Life which she supported for years. Most endearing about Patty was her smile, and kind and selfless nature. She loved those close to her so much, and never wanted to trouble anyone, or cause any concern. She will be remembered by her family as a true hero, and will be missed, and loved endlessly.