On Feb. 6, we visited the site of the Cure Alzheimer’s Fund Research Consortium’s annual meeting to hear the latest progress from our Genes to Therapies™ Steering Committee. This webinar is moderated by David Shenk, author of “The Forgetting,” and features each of the researchers on the G2T Steering Committee.

Learn more about the Genes to Therapies initiative here.

Tanzi was the pioneering scientist who discovered the linkage between specific genes and Alzheimer’s disease. Today Tanzi leads the Alzheimer’s Genome ProjectTM, a groundbreaking initiative dedicated to finding all the genes associated with Alzheimer’s disease so we not only can repair the damage the disease has caused, but prevent it from occurring. Tanzi’s role as chair of the G2T Steering Committee is to coordinate the efforts of the researchers as well as to continue his innovative research on what causes Alzheimer’s disease and how it develops. A longtime collaborator of Tanzi’s, Sisodia is a leading expert on the molecular and cell biology of Alzheimer’s disease pathology; he has been at the forefront of learning how the familial Alzheimer’s disease (FAD) genes, including the amyloid precursor protein and the presenilins, function normally and contribute to Alzheimer’s disease pathogenesis. His role on the committee is to help identify other researchers, beyond the Research Consortium, who are more familiar with designated genes. Sisodia was very instrumental in designing and implementing the unique “infrastructure” to facilitate more rapid and cost-effective research program for Genes to Therapies. Like Sisodia, Dr. Holtzman has a background in biology and has helped to identify the most effective interventions from specific gene functional variants in Alzheimer’s disease. Dr. Holtzman is involved in clinical and research activities at the Washington University Memory and Aging Project and the Alzheimer’s Disease Research Center. He has contributed greatly to our understanding of how anti-amyloid antibodies affect Alzheimer’s pathology and how Abeta is cleared from the brains of Alzheimer’s patients. As a member of the steering committee, he will assist in identifying other researchers with similar skills to investigate how the designated Alzheimer’s genes affect the pathology, and bring his clinical experience to bear in setting priorities for potential drug development. Wagner has an extensive background in biochemistry and drug discovery and has numerous patents to his name. Along with Tanzi, he helped develop the first gamma-secretase inhibitor for Alzheimer’s disease, which later provided the platform for gamma-secretase modulators, which control amyloid production rather than stop it altogether. “If we administer this at the right time to the right populations, it could help to slow down the disease process,” said Wagner. As a member of the steering committee, he will focus on genes that may provide clues for early prevention. Vassar’s ongoing research focuses on the role of Abeta and the enzyme BACE1 in normal biological processes and in disease mechanisms of relevance to Alzheimer’s disease. As a pioneer in Alzheimer’s research, Bob has made a number of discoveries critical to progress in the field. As a member of the Genes to Therapies Steering Committee, he will help ensure proper attention is paid in the G2T research projects to the more basic aspects of how Alzheimer’s-relevant genes are produced and how they affect the disease pathology. Wasco was part of an international collaborative effort that identified the familial Alzheimer’s disease- associated presenilin 1 (PS1) and presenilin 2 (PS2) genes. Her research has evolved to focus on understanding the biological role certain AD-linked proteins play in the normal, aging and diseased brain. As research operations manager for the G2T project, Wasco will be responsible for facilitating communication among the various researchers, and managing and maintaining the core facilities and research materials, including specially engineered laboratory mice. She also will develop and maintain a G2T publications resource and provide the operations management necessary for this complex and unique undertaking. Armour brings an extensive background in nonprofits and fundraising to Cure Alzheimer’s Fund as well as an MBA from Harvard. Armour joined Cure Alzheimer’s Fund 10 years ago to help lead the charge in the quest for a cure. As the administrator of the steering committee, Armour is responsible for supporting the researchers, developing and securing budgets, and being the liaison between the committee and the Cure Alzheimer’s Fund Board of Directors.

The Making of “Remember Me” 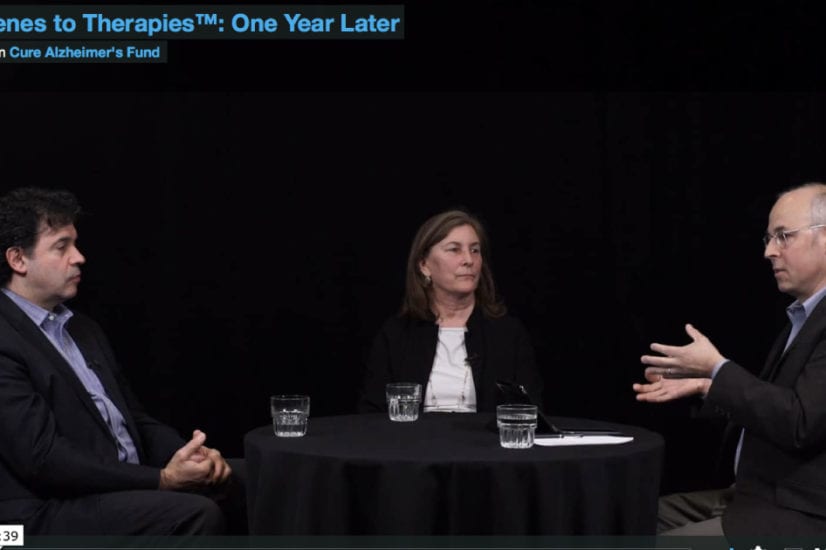