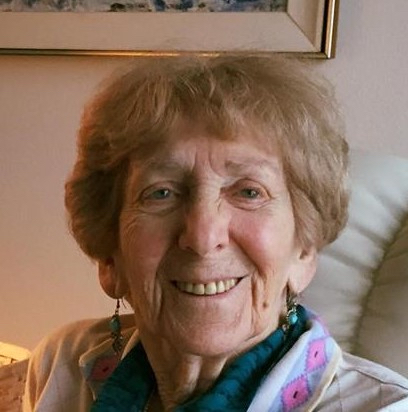 A 1950 graduate of Skidmore College with a Bachelor of Arts degree in English, Joan later earned a Masters Degree in Education from Fairfield University in Connecticut and spent more than 30 years as a teacher in English, Reading, and Special Needs in the public school system in Westport, CT.

She married Richard H. Sands on August 28, 1952, and began teaching English in New York City before moving to Westport, CT, in 1956. After retiring she and her husband moved to Sarasota, FL, in 1994 and actively partook in cultural and educational organizations including the Jazz Club of Sarasota and the United Way Foundation Council. They were founding members of Temple Israel in Westport, CT, and became active members of Temple Sinai of Sarasota.

Joan and her husband were avid patrons of the arts and lovers of jazz, classical music, opera, ballet, and theatre. They traveled extensively all over the world both before and after retirement. Joan was a lover of literature and a member of numerous book clubs. A lifelong sportswoman, she enjoyed tennis, the beach, and being out on the water.

She is survived by her daughter Caren, her sons Gordon and Jeffrey, grandchildren Zachary, Alex, Marc, Philip, Michaela, Daniel, and Jesse, and 6 great-grandchildren.

A celebration of her life will take place later in 2021, please contact Gordie Sands at geszang-par@yahoo.com for details.