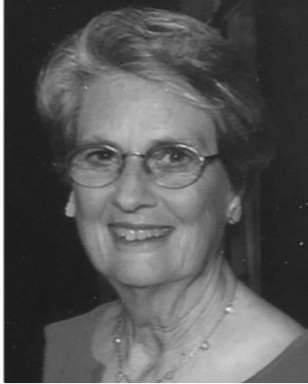 On Sunday, March 24, 2019, Margaret Denhof, loving wife and mother of four boys passed away at age 81 with her high school sweetheart at her side. Born on August 4, 1937, in Charlotte, MI to Ed and Irene (Hodges) LePage, Margaret was their only child and was a very loving and loyal daughter. Obtaining a college education was very important to her father so she made a promise to him that she was determined to keep. One week after she received a degree in Elementary Education from Michigan State University in 1959 she married Lou Denhof, whom she had dated since her senior year at Catholic Central High School in Grand Rapids. Together they raised four sons, Scott (Terri, Ryan, and Nick), Mark (Emily), Steve (Lesley), Kat(Tom)Blakeley, Andrew(Danielle)Pokrandt and Hannah) and Dave (Lauri, Takoda, Jagger, Kaia, and Danika). Margaret loved to watch and play sports from an early age. She was a Junior golf champion in Detroit as a young teenager; a cheerleader to her sons as they grew up; an active vocal supporter of her grandkids at their sporting events; as well as one of the best around the green and with the putter during her retirement years. In recent times she cherished the moments at “Game Watch” being around her close MSU Alumni friends cheering on their beloved Spartans as they played for championships. Her infectious smile and enthusiastic devotion to Spartan Football and Basketball will be greatly missed, but we are content that she is free from her battle with Alzheimer’s. Margaret is preceded in death by her father Ed and mother Irene. She is survived by her husband Lou of 59 years, her four boys, Scott, Mark, Steve, David and her 10 grandchildren and soon to be great-grandchild.