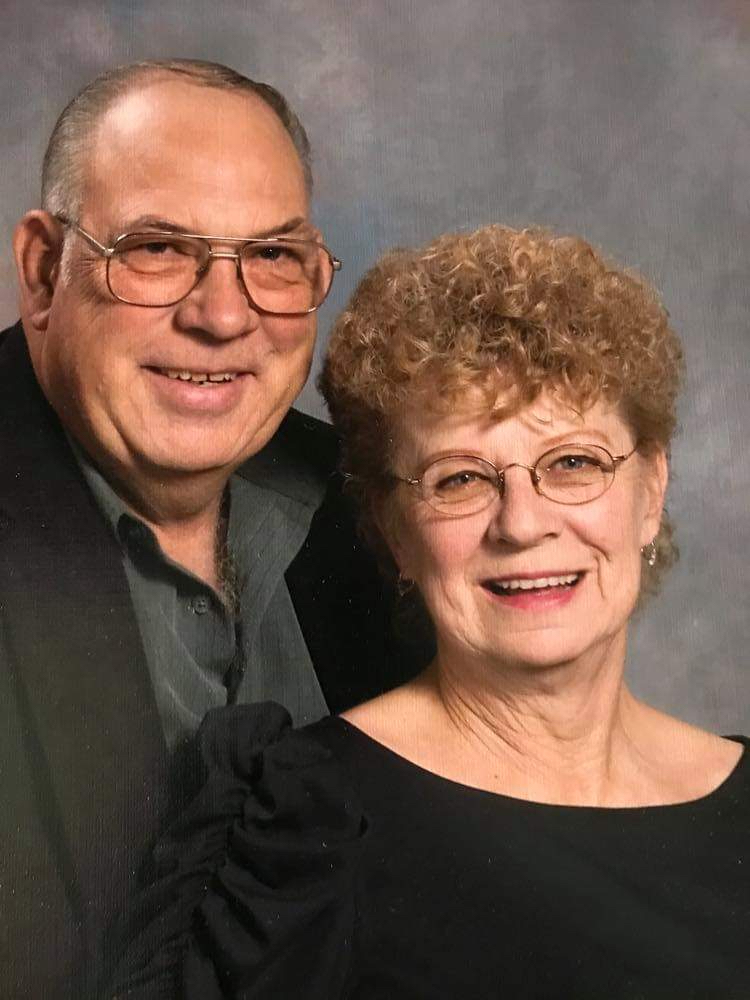 Marilynn G. Bruegeman, 73, of Grangeville, died peacefully in her sleep on June 3, 2020, at Daley’s Care Center near Culdesac, Idaho from complications related to Alzheimer’s.  Marilynn was born April 19, 1947 to Charles M. and Geneva S. (Hutchens) Stone in Wallace, Idaho, the third of their six children.  Her early school years were spent in Osburn, Idaho, until the family moved to Grangeville in 1958, where Marilynn also attended school.

In 1963, Marilynn met and married Richard G. Bashaw with whom she had five children:  Mary Ann, Carrie, Richard Jr. “Rick”, Johnnie, and Sherrie.  They later divorced.  Marilynn began working at the Elk’s Lodge in Grangeville in about 1977.  It was there that she earned the nickname “Sam” when co-workers Dan “Murph” and Marge Murphy had trouble remembering her name.  From that point forward, most everyone affectionately called her Sam.  It was while working at the Elk’s Lodge that Sam met and married Bernard “Bernie” Bruegeman who became her best friend and soul mate.  Bernie and Sam embraced the challenge of blending their families bringing together Sam’s five children and Bernie’s three daughters, Christi, Cathy, and Tonya.

Bernie and Sam embarked on a life of adventure to include camping, fishing, hunting, and traveling with family and friends.  Sam was an outstanding steelhead fisherman and would frequently go fishing by herself while Bernie was working.  She thoroughly enjoyed catching a bigger fish than Bernie.  Sam also held her own in the sport of hunting, bagging many deer and elk over the years.  She also enjoyed photography and more than once missed the shot because she was too busy aiming with the camera instead of her rifle.

Sam loved her grandkids and frequently cared for those who lived in the area.  She loved chasing them around and being the tickle monster.  She also enjoyed being the camp monster at hunting camp, hiding under campers, in the bushes, and behind trees and chasing the little people around camp followed by squeals of delights from the kids.  Being an amazing organizer, Sam could put together a trip or a party like nobody’s business.  Sam loved holidays.  She created so many memories for her family and friends, and she thought of everything:  the decorations, the food, the music, and gifts for everyone.  She loved crafts and was a very gifted seamstress.  She made countless clothes, prom dresses, first communion dresses, toys for her grandchildren, and home décor items with which she blessed us many.  Sam loved music.  She enjoyed playing piano and guitar, she loved to sing, and she was a great dancer.  Sam loved to get all dressed up and had a great sense of fashion.  Sam also had a soft spot for animals, especially horses, and would frequently talk about time spent on her grandparents’, Bryan and Bessie (Pollan) Hutchens’, ranch riding Roxy and Rocket.  Through her years spent working at the Elk’s and her many adventures, Sam came to know a very large group of people.  Sam was loved by all and will be so very missed.

Public viewing will take place at Blackmer Funeral Home on Thursday, June 18th from 5:00 to 7:00 PM.  Please join the family for a rosary on Friday, June 19th at 10:00 AM at Sts. Peter & Paul Catholic Church, 330 South B Street, Grangeville with Mass following at 10:30.  A graveside service will be held immediately following at Prairie View Cemetery with a luncheon following the service.  Contributions in lieu of flowers can be made to the Cure Alzheimer’s Fund through donate link below.  Online condolences to the family can be posted at blackmerfuneralhome.com.