Microglia, the primary immune cells and the sensor of the brain, play a pivotal role in the maintenance of brain homeostasis. In the adult and aging brain, many of the phagocytic and proinflammatory functions of microglia are curtailed so that microglia can promote a homeostatic phenotype. But this behavior of microglia comes at a cost, in that homeostatic microglia are not readily able to clear amyloid beta plaques in the aging brain, resulting in the buildup of plaque burden and generation of neurofibrillary tangles, which contribute to the disease pathology observed in Alzheimer’s disease (AD). There is a gap in our knowledge when it comes to how microglial function is maintained in the healthy brain and is prone to dysregulation in AD. We have observed that one of the checkpoint molecules, TIM-3 (HAVCR2), that we discovered to suppress immune cells is also expressed specifically in microglia in the brain and inhibits their phagocytic behavior. TIM-3 has also been linked to susceptibility to AD in a recent genetic analysis, thus raising the question of how TIM-3 regulates microglial behavior and contributes to the development of AD. Our preliminary studies show that in an AD mouse model, genetic deletion of TIM-3 in microglia results in activation of microglia and an increase in their phagocytic behavior and clearance of amyloid beta plaques. These data support the genetic linkage studies and show the importance of TIM-3 in regulating disease pathology in AD by modulating microglial function. We propose to study how TIM-3 is induced in microglia in the central nervous system, and how loss of TIM-3 on microglia can promote clearance of amyloid beta plaques in animal models of AD. Since there are antibodies against TIM-3 (Sabatolimab) already in the clinical trials for cancer and up for approval by the U.S. Food and Drug Administration, one can envision that our data may provide a ready drug candidate that can be repurposed for the treatment of AD. 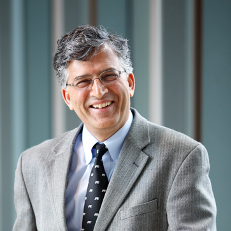