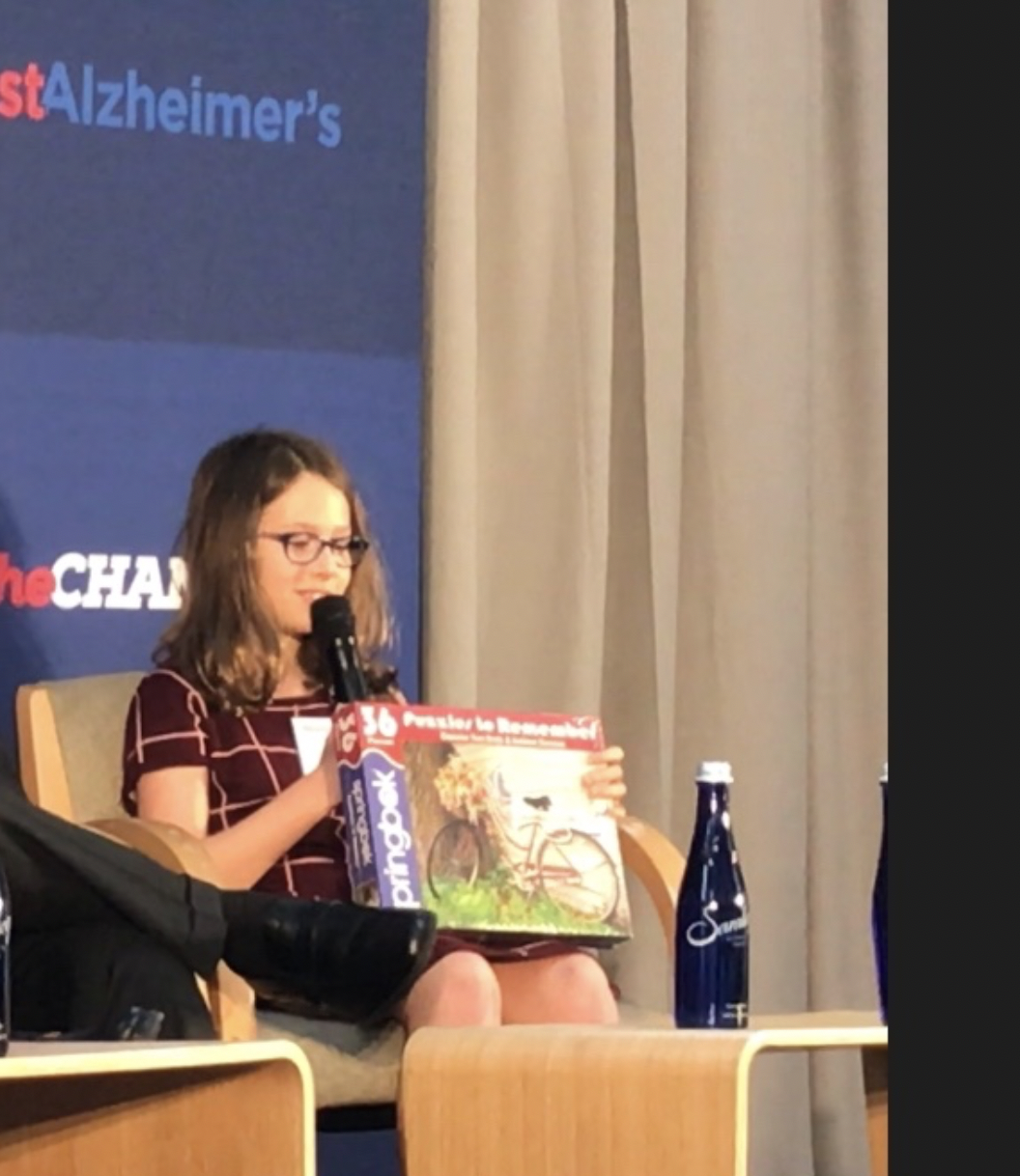 Meet Hailey Richman. This 11 year-old is not only a nationally recognized volunteer, she’s also a philanthropist and an entrepreneur serving for the past few years as Associate Director of Puzzles To Remember, working with its founder Max Wallack.  Wallack, a second-year student at Harvard Medical School, started Puzzles to Remember a few years ago and has distributed nearly 95,000 puzzles to almost 6,000 Alzheimer’s caregiving facilities in all 50 states and around the world.  Hailey’s volunteerism began when her grandmother, who has Alzheimer’s, reacted so positively when Hailey worked on puzzles with her.

Hailey’s experience led her to start a nonprofit organization, www.KidCaregivers.com, where she provides advice and support to children, like herself, who are helping care for those with Alzheimer’s.  At Puzzles to Remember she created an international program called PuzzleTime, where she pairs up high school students and girl scouts to go into nursing facilities and interact with the patients.

Last spring her school acknowledged her for “…an amazing job collecting jigsaw puzzles for nursing homes and other senior living facilities.”

Hailey was recently honored for her work by NY State and was a National Honoree for the Prudential Spirit of Community Awards.  Her award included a trip to the ceremony, as well as a medallion and a monetary award from which she will donate her $1,000 award to the Cure Alzheimer’s Fund, a 501(c) (3) venture-based philanthropy headquartered in Wellesley, MA, dedicated to funding research with the highest probability of preventing, slowing or reversing Alzheimer’s disease.

To learn more about Hailey and her work, watch this interview on CBS and this video.