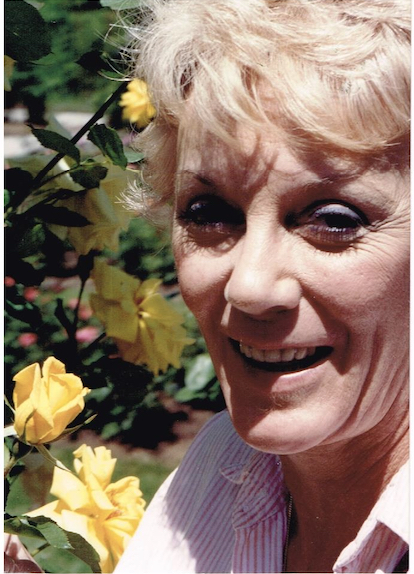 Jo Ann McDowell Little was born in Henderson, North Carolina to Marvin and Myrtle McDowell in 1944. Like the rest of us, she grew to have expectations. She was normal, like most of us. No silver spoon. Not wealthy. Not famous. Just maturing from childhood to young lady, to mother at 23, to grandmother at 42, to great-grandmother at 64. The arrival of great-granddaughter Jayla, was two years after her diagnosis of early Alzheimer’s.

To us, the loves, the caregivers, and the family, that which took her away from us is characterized as something evil, to be sure, but it is more an elusive corruption. And one requiring effort on the scale of the Manhattan Project to defeat. Not one of Alzheimer’s victims deserve it. Despite advice to “keep your mind active” the disease didn’t spare the active authors, judge, or math professor that shared Jo Ann’s care facility during her 10 year residence.

Jo Ann’s public moment of fame was clouded. While she was consulted by Nancy Reagan and spoke to the nation on television in 1987, the occasion was prompted by her son’s untimely loss. Helping ease her trauma, in the 1990s she pursued her girlhood dream to be a flight attendant, but was twice injured. She later moved to World Airways and rose to be the right hand woman to famed airline executive, Hollis Harris, as the manager for 12 facilities.

In the search to cure Alzheimer’s, it would be a consolation if Jo Ann’s life lent a clue to beat the disease. Just consider that females being 67% of the casualties seems to relate to a unique gender trait.  Did a mother’s trauma play a role? Is it a by-product of physical injury or cigarettes? Or, as estrogen instructions warn, “may cause dementia.”

Jo Ann was 75 when her mind and body was finally released from its confines in 2020. She is hopefully with her son, Davey.  Lessons she taught arose from her commitment to her dream to fly, that led to giving her direction and fulfillment. Jo Ann was persistent to achieve what she thought was right. And throughout, her loyalty and belief in principles served us well.