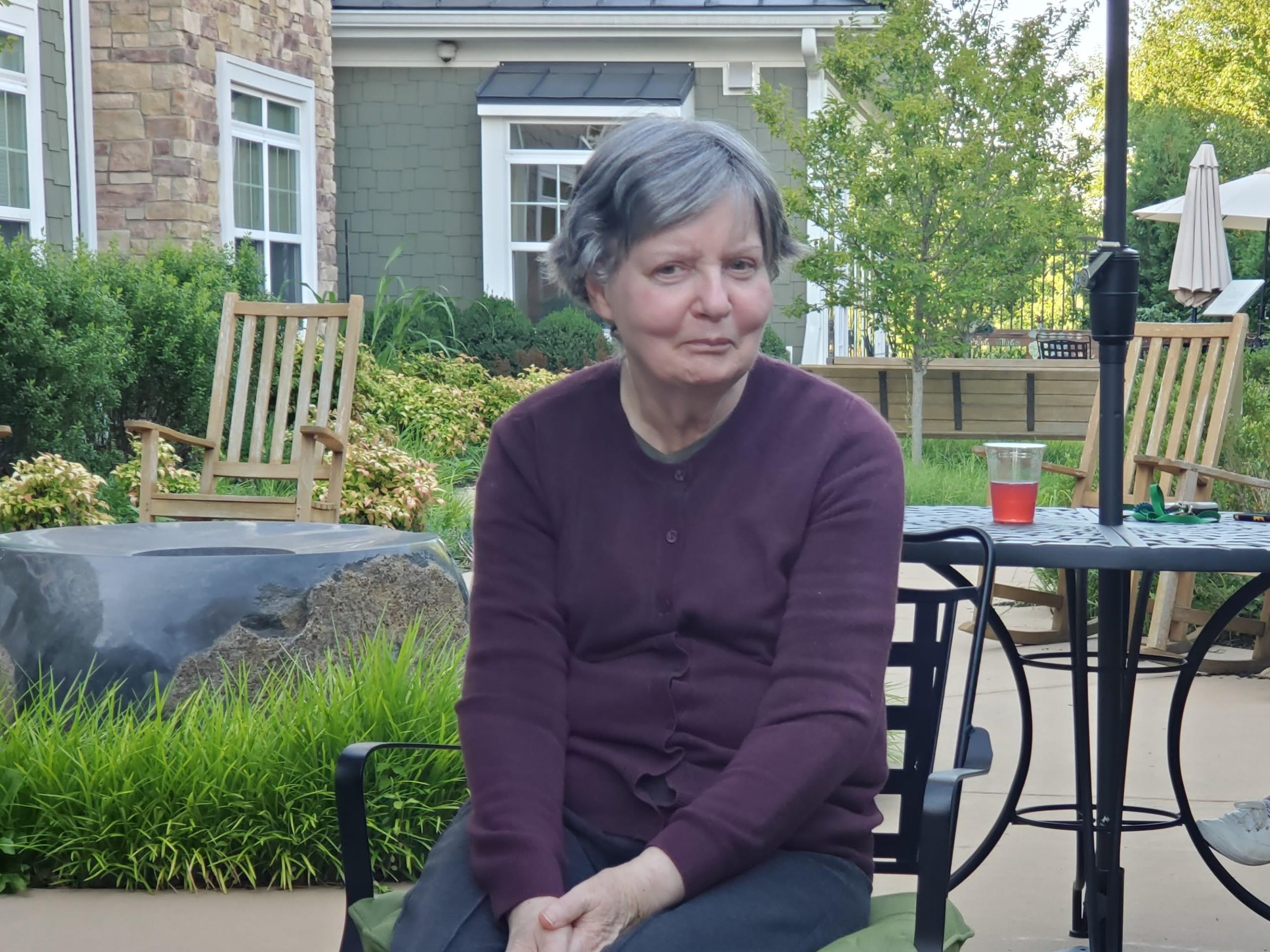 Valerie Bell (nee Tarling) was born March 17, 1953, in Morden, Surrey, on the outskirts of London, England, and died on January 6, 2021, in McLean, Virginia, USA. Though she was just 67, she had been on a journey with dementia, probably Alzheimer’s disease or mixed dementia….for at least 15 years.

Her first 18 years were spent in her home town of Morden, attending Ricards Lodge High School, Wimbledon (think tennis!). One of her notable achievements was the Duke of Edinburgh’s Gold Award (similar to the Girl Scouts Gold Award). Then she began to roam!

First, it was to King Alfred’s College, Winchester, England, where she qualified as a Middle School teacher, with a major in Divinity and a minor in Music. Those three elements—teaching, her faith, and music, especially singing—combined with her love of family, defined her life. Her dissertation on the life of Martin Luther King gave a further clue to her driving force. While still at college in 1973, she married Michael, her husband of 47 years. After graduation, she moved to Norwich to join Michael, teaching for a year in the town of Attleborough.

In 1975, she moved with Michael to Lusaka, Zambia, where he would work in that country’s Ministry of Finance. She showed her versatility by teaching in Kabulonga Boys Secondary (High) School, being called upon to teach “boys,” some of whom were older than she was, Zambian History and Civics, which she was having to learn “the night before.”

Valerie returned to Birmingham, England, in 1979, taking time off from teaching, working in the British civil service for three years, while Michael taught and studied at the University of Aston.

In 1982, came the move that would define the rest of her life, when Michael joined the International Monetary Fund (IMF) based in Washington DC. Within days, they set up home in Arlington, Virginia, which would be home base for the next 35 years.

The next defining period of her life started in 1984 with the birth of Jonathan, followed at three-year intervals by Mirian, then Kieron.

She was all about family, making career choices and daily choices that put the interests of her children and husband above her own. When Michael’s job meant the whole family moved for 2-3 years at a time—to  Colombo, Sri Lanka (1988); Hanoi, Viet Nam (1995); and Abuja, Nigeria (2006)—she ensured that the family had what it needed to learn, to grow and to love together.

She lovingly demonstrated selflessness and commitment, at once encouraging her children’s uniqueness while instilling ideals of truth, love and equality often without needing to say a thing. Her devotion to her family – both near and abroad – provided a stable home and an anchor for her mother and sisters in particular. Valerie took to heart that the kingdom of heaven belongs to God’s children. Four grandchildren were born in her last seven years. Dementia may have diminished the potential for a lasting and beautiful relationship, but there was time for some laughs and giggles, and the chance for them to sense the love that she had for children.

Wherever she went she found music, education, faith communities, and good friends. Teaching in schools where she happened to be living; always teaching Sunday School; and wherever the opportunity arose, finding a choir to join.

Music transcends dementia. Even when other faculties began to diminish, she loved singing with the Encore Chorale, an extensive choral organization in the Washington DC area for those over 55.

All her passions came together at Rock Spring United Church of Christ, which she and Michael joined in 1984, and which became the spiritual home community for the whole family. She found a particular gift for teaching small children that came to fruition in many years with the Rock Spring Cooperative Pre-school and in teaching Sunday School to a generation of Rock Spring’s children. Equally faithfully, she sang with the church’s choir for very many years, and even when she was no longer able to participate in organized singing, would improvise a strong descant from the pews!

Valerie was a sweet soul, known for joy and empathy, a mischievous and feisty streak, and a distinctive laugh that defined her for many people. She loved and was loved.