Men and women differ in their vulnerability, clinical manifestations and neuropathological progression of Alzheimer’s disease. Women typically exhibit worse outcomes. In this project, we investigate how sex modulates interactions between two significant genetic risk factors for Alzheimer’s disease that regulate the immune system: APOE4 and TREM2. The immune system is increasingly recognized as an important player in Alzheimer’s disease pathogenesis and is under investigation for its potential as a therapeutic target. The strategy for this project was to examine how female sex and the presence of APOE4 (versus the more common and comparatively benign APOE3 gene) affect disease pathology and immune activation in the brains of mice genetically engineered to develop Alzheimer’s pathology. This project employs high-resolution microscopy to study how the brain’s primary immune-like cell, microglia, interact with amyloid plaques—an interaction known to be dependent on TREM2. This experiment enables the understanding of how sex and APOE genotype (APOE3 versus APOE4) independently and cooperatively affect TREM2 actions in the context of Alzheimer’s disease. Protective TREM2-dependent interactions of microglia with plaques was strongest in both males and APOE3 mice. The poorest outcome was found in female APOE4 mice. This same pattern of sex and APOE genotype differences was observed in overall levels of Alzheimer’s pathology—male APOE3 mice had the best outcomes. Further understanding of how sex and APOE genotype interact to regulate protective microglial actions holds significant promise for developing therapeutics for Alzheimer’s disease. 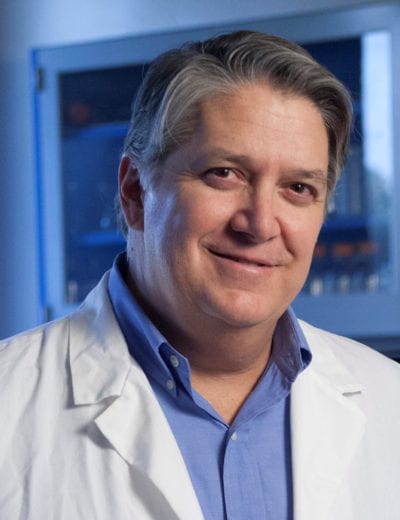