As the population ages, finding ways to stave off the debilitating brain degeneration of Alzheimer’s disease is becoming increasingly important. Dr. Sam Sisodia and his lab at the Univeristy of Chicago, are looking into the benefits of exercise.

Alzheimer’s disease (AD) is the most prevalent dementing disorder of the elderly and affects over 5 million Americans. It is estimated that the numbers of individuals in the US with AD will rise to between 18-20 million by the year 2050.  These are staggering figures, and this epidemic will most certainly bankrupt our health care and social service agencies, not to mention the devastating emotional and financial burden being placed on family members and healthcare workers. Sadly, there are neither treatments nor cures for this insidious disease, and present medicines are only palliative; that is, they only treat the symptoms.  Disease modification therapies are clearly the focus of large pharma, biotech, and many academics, but there has been little, if any effort on developing strategies for prevention.

Over the past two to three years, a principal focus of our laboratory at the University of Chicago has been to validate, and understand a large number of recent “prospective” epidemiological studies (those that do not suffer from recall bias and other confounding factors associated with “retrospective” studies) suggesting that environmental enrichment, including education, intellectually challenging leisure activities and exercise, diminishes the risk of Alzheimer’s disease.

Specifically, studies have revealed a possible protective role of exercise, particularly if it starts early and is maintained.  In one study, over 1700 people aged 65 and older, none showing any signs of dementia at the start, were examined over a six-year period. These studies revealed that older people who had increased physical activities when they were middle aged had significantly decreased risk of dementia and Alzheimer’s.  The authors believe that exercise may improve brain function by boosting blood flow to areas of the brain used for memory.  In another study, over 3000 men and women age 65 years or older who participated in the Cardiovascular Health Cognition Study from 1992 to 2000 and w ho did not have dementia at the onset of the study were assessed 5.4 years later. The most significant finding was that dementia occurred less frequently in those participating in more activities relative to those who participated in fewer activities.

Our strategy has been to test the role of environmental enrichment and exercise on the pathological and genetic alterations in transgenic mice that harbor mutant genes that cause early-onset, familial forms of AD.  These transgenic mice develop amyloid deposits throughout the brain, very similar to the pathological lesions seen in patients with AD.  At the age of 1 month old, about 15 weeks before they normally show amyloid plaques, we placed groups of the animals in either standard mouse cages or in an enriched environment that consists of a large cage with running wheels, colorful play toys and inanimate objects.  After 5 months, we sacrificed both sets of mice and examined their brains. Animals kept in the enriched environment showed a marked reduction in amyloid deposition and the decrease appeared to be related to exercise; animals that were most active, as determined by their time on the running wheels, had the least amyloid burden. Of course, other aspects of the enrichment, such as increased visual stimuli and social interactions, could still account for the reductions.  These studies were published in Cell.

Although evidence from mouse models and humans strongly support an important role for exercise in prevention of Alzheimer’s pathology and cognitive alterations, the mechanism(s) underlying these phenomenon remain to be clarified.  Nonetheless, significant progress has been made in this regard.

As the population ages, finding ways to stave off the debilitating brain degeneration of Alzheimer’s disease becomes ever more critical. Our results using mouse models of the condition now provide further support for the idea that “use it or lose it” applies as much to the mind as to the body.  We predict that the outcomes of current investigations into the mechanism(s) associated with exercise-mediated alterations in amyloid deposition and behavior will offer new opportunities for developing preventative medicines that will postpone the onset of AD. 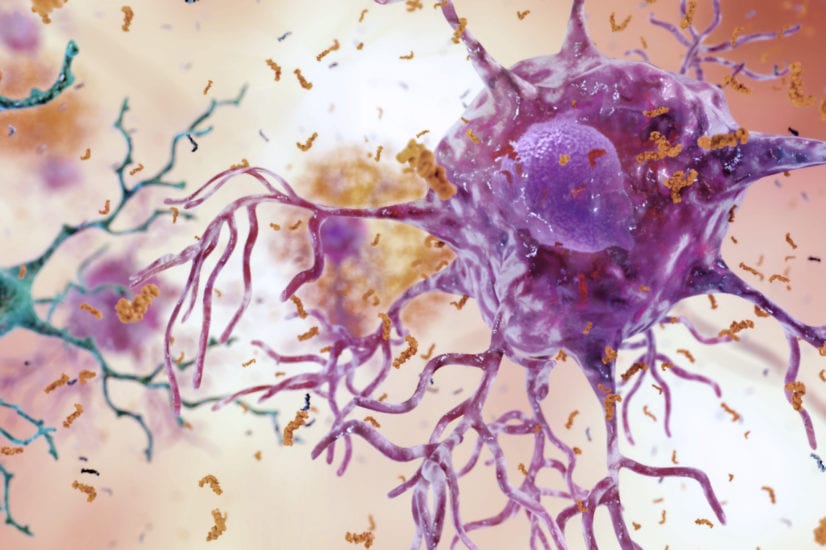